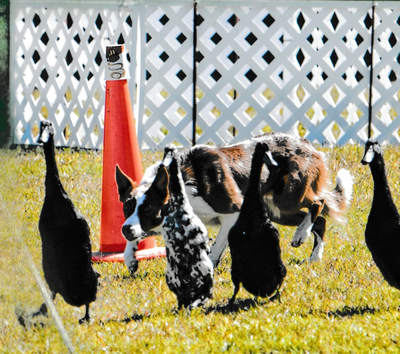 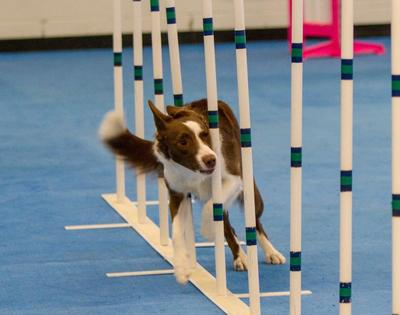 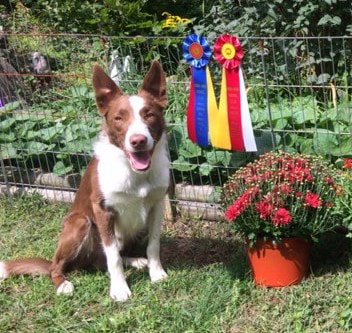 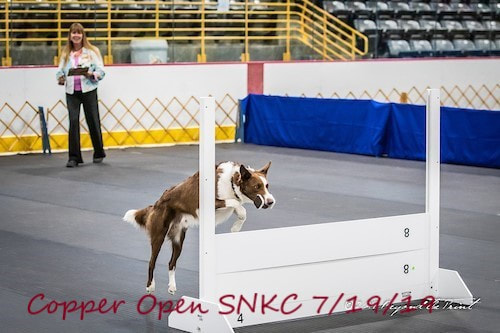 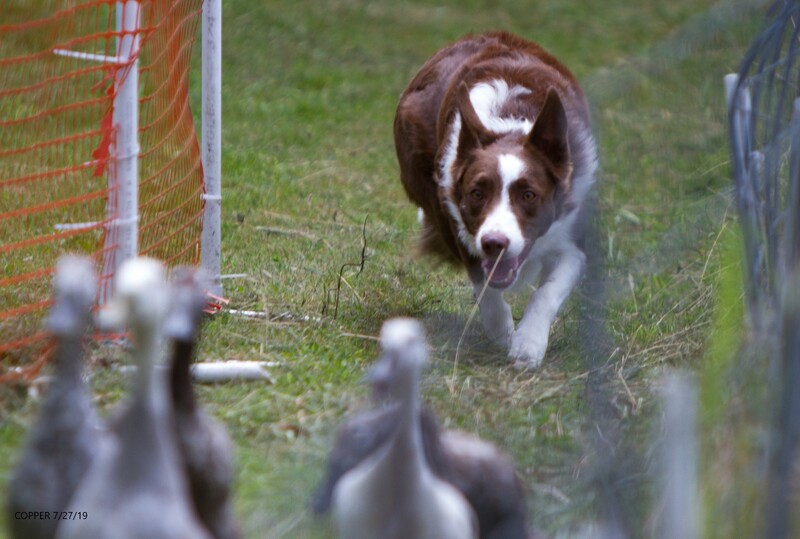 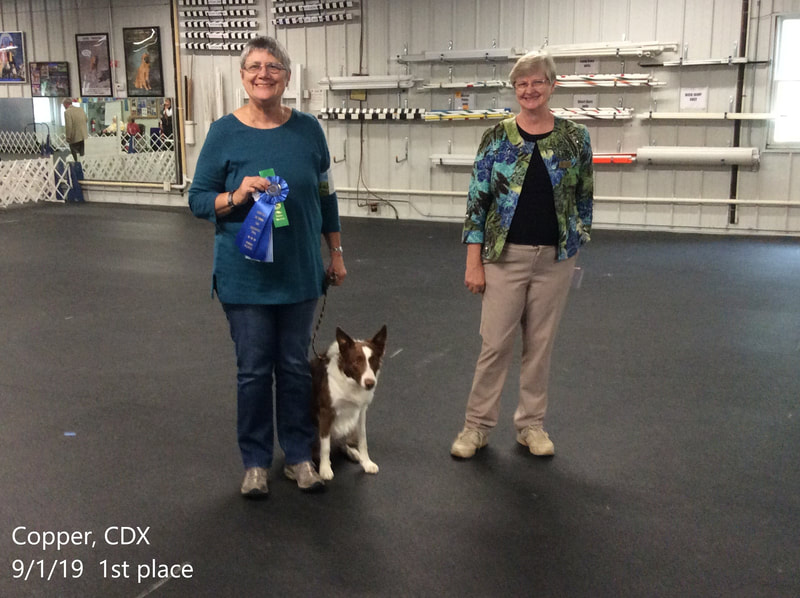 March 3rd, 2020, Copper did a beutiful job in the Utility ring and earned his first leg towards his UD with a 2nd place!

Copper has grown into my dream dog.  At 3 years of age, his accomplishments have me in awe.  He has easily moved into any venue that I have asked of him.  Of course his favorite is herding but eagerly works at his Scentwork and Utility training.  We have had a very good autumn trial season.  In Herding, Copper earned two Qs toward his Advanced A Sheep title, both with placements, and two Qs toward his Advanced B Duck title with 1st places and Reserve High in Trial.  We made our debut into the D course and earned our first Q in Started with a High in Trial.
We entered a UKC Nosework trial, just to see how we'd do and earned our Novice Vehicle title along with picking up our first legs in Container, Exterior and Handler Discrimination, all with placements.   In AKC Scentwork, Copper picked up his final Exterior leg to finish his Scentwork Novice title and moved right into Advanced to picked up his first Qs toward his Contain and Buried titles.
​On September 1st at the Morris Hills DTC trial, Copper finished his AKC CDX with a 1st place.
At the Nango trials in Binghamton NY, 7/19/19, Copper earned his 2nd CDX leg with a 2nd place.
On June 27th, 2019, Copper finally broke the ice and earned his first CDX leg at the Glens Falls Kennel Club Obedience trial in Bainbridge NY with a 2nd place.  Obedience is not Copper's strong point but he sticks with it.

On July  13, 2019, (Two trials on that day) Copper earned his Started A course Sheep title with all First placements.  After being injured by a sheep a few years ago, I like to stick with the ducks, but Copper covered for me and kept me safe while we did the course.  Now maybe, on to Advanced course.
That same day he finished his Intermediate Duck B course with two first places and two Reserve High in Trial.